This September we are proud to be supporting Christopher Woodward as he embarks on his fourth – and final – Sponsored Swim in support of The Garden Museum. This week, he will swim 30 kilometres within the Arctic Circle to raise money to display two objects of natural history and complete our recreation of John Tradescant’s Ark with a crocodile from the River Nile and the skeleton of a 17th century whale.

Click here for more information and for Christopher’s sponsorship page. Read on for day two of his swim diary.

‘On the Sunday the 5th of July we saw many whalls swim hard by the Shipe’, wrote Tradescant in his diary of the voyage to Russia. It was the first of three sightings of whales and Richard Sabin, Principal Curator, Mammals at the Natural History Museum, points out that these may have been right whales. The right whale and the sperm whale were the most common species of large whale on the coasts of Europe in Tradescant’s time, he points out. And it was a right whale which swum the Thames, beached at Deptford and part of whose skeleton will be on display at the Museum if this swim reaches its target. (Why ’right’ whale? Maybe because it was dubbed the ‘right’ whale to kill, providing a great quantity of oil and baleen, and being docile and trusting enough not to flee ships. Today it is all but extinct in the east Atlantic).

‘On Monday morning we have sight of the North Cape which is all covered with Snow’ continued Tradescant. There the King of Denmark had a castle, for he claimed the Arctic as his dominion, symbolised by a throne carved from narwhal horn, at that time more precious than gold (Tradescant never had a narwhal horn in his Ark; it was beyond his purse). 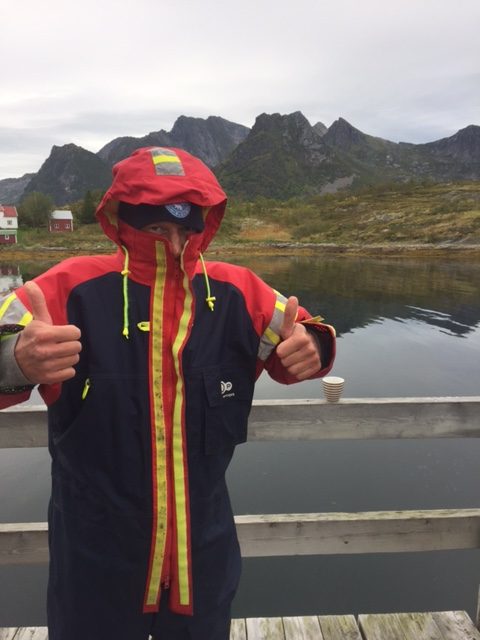 Did he feel the cold? His only reference to himself that ‘I would rather be a porter in London’ than a rich man in Lapland ‘for the snow is never off the ground wholly’. And his curious eye observed that fisherman they met wore leather and sheepskin.
I am writing this after a swim of one hour and a fifty minutes in a choppy 12 degree sea which has been, I think, one of the two or three hardest swims I have ever done. It is a dark sea of dark rocks and black birds. There are no mermaids in Norway. But you must admire the northern European technology which pulls up your body temperature from a point where – with a shriek in the mirror – I realised that my ears had been deformed into those of a creature from ‘Lord of the Rings’.

Right now, I have a SwimQuest hat on top of the hoods of, first, a fleecy coat and, then, a zip-up onesie thermal suit which is worn by Norwegian fisherman in case of falling in. (It’s what George Clooney wears in the film ‘The Perfect Storm’ and is perhaps the most astonishing garment invented outside NASA). And underneath a J-Crew cashmere sweater, a Merino wool top (thanks, mother x) and a pair of Norwegian cross-country skiing trousers large enough to tuck everything in as you shiver too much to hold a zip. Finally, my guide John Coningham-Rolls’ shooting socks.  And I’m now warm enough to type. 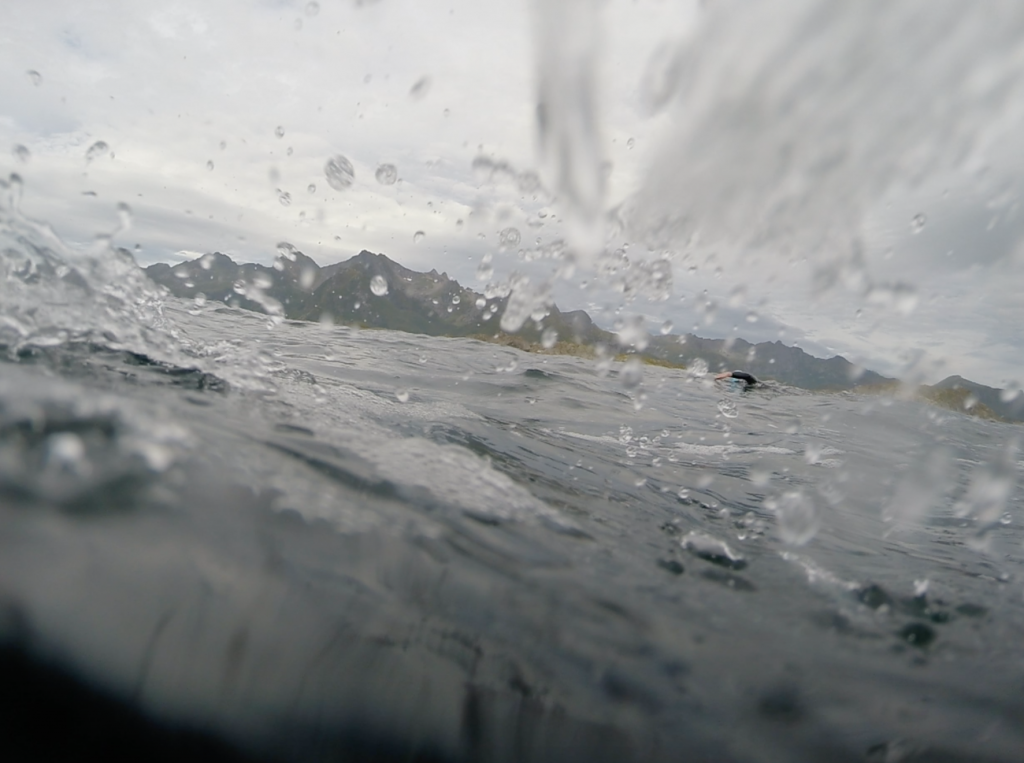 In twenty minutes’ time, back in the water. I wish I was in Sicily, where the mermaids live. I even miss their jellyfish: nasty but small and transparent. Here the jellyfish are vast, red, and hairy, as if Beowulf has been making cupcakes. 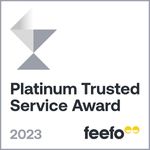